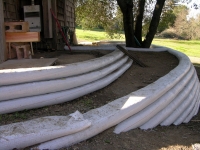 “The Tower” project exemplifies the earth stabilizing capacities of super adobe coils. Having been originally built almost a century ago as a well and water tank platform a succession of add on’s and improvements were made on it’s unreinforced concrete foundation. Being on a hillside and not having a channeled drip line on the roof all contributed to to the degredation of the hillside under the building causing the footing to break up and the building to lean over and begin a slow disintegrating journey through time, ‘down the hill’.

A two terrace approach was adopted to minimize the amount of material necessary to accomplish stabilizing the hill up to the areas affected by water shed from the building’s roof. The larger bottom terrace was done flat,and the smaller upper terrace followed a slight downhill contour to divert future water runoff away from the building and it’s new footings. 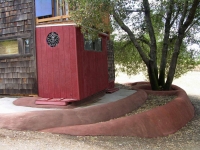 Lifting the down hill side of the building was accomplished with ‘2’ 20 ton hydraulic jacks and wedges to correct the lean of the building, and provide workspace to build footings and install floor joices for a new kitchen and upstairs deck and railing.

The interior design and tile were rounded to make the most of a limited space (4×10 feet) and accommodate the human frame and movement. Paint for the new add on and plaster color finishes for the super adobe coils were matched to give transition between the old structure and the new improvements. A beautiful round stained glass window was created to capture the sunlight as it rises from the east.

One thought on “The Tower”

This site uses Akismet to reduce spam. Learn how your comment data is processed.

You can see here some random images of my buildings and other environmental projects. 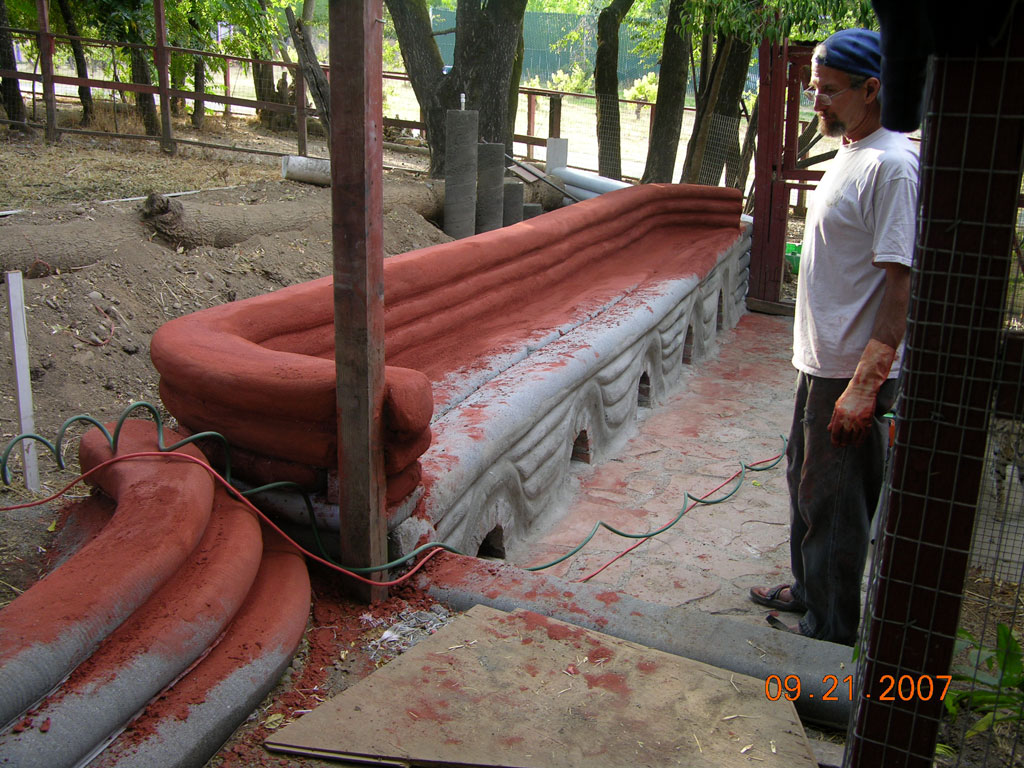